California Prop 15: What You Need to Know

By Ru Weller-Passman
Find me on: LinkedIn 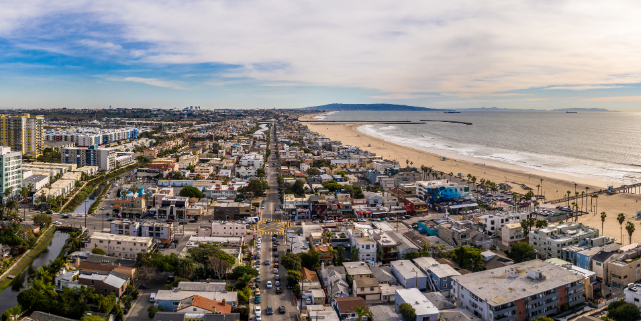 California Prop 15, also known as the “Schools and Communities First Initiative” by supporters, establishes “split rolls.” This means that commercial properties would no longer be protected by Prop 13’s tax caps and would be assessed based on full current market value. Homeowners, however, would remain exempt from these increases—at least, for now.

In 1978, California passed Proposition 13, a sweeping property tax initiative that limited the amount commercial and residential properties could be taxed to 1% of their assessed value. It also established “base year” assessments, which locked in assessed values at the time of the last change of ownership or new construction. Values would only be re-assessed when property was sold or renovated. Prop 13 provides a rare relief for many property owners in California—the Tax Foundation ranks the state as the third-worst business climate in the country due to combined corporate, sales, and personal income taxes.

This isn’t the first time Prop 13 has been on the electoral chopping block, but previous attempts to gut Prop 13 have failed in part due to the objections of homeowners. Prop 15 differs in that it keeps homeowners under the protection of Prop 13. Though opponents of the new initiative predict that if Prop 15 passes, homeowners’ protections won’t be far behind.

Reassessments would also only apply to businesses who own more than $3 million in commercial and industrial property. Properties that are at least 75% residential are also exempt, including rental properties like apartments. For mixed-use buildings, the different usages would be reassessed accordingly—so the stores under an apartment complex could be reassessed while the residential portion remains at Prop 13 values.

Because of the nature of the current assessment system, it’s hard to know exactly how California Prop 15 would impact businesses overall. For example, assessments can vary wildly even in the same building. This article compares two department stores within the same mall, one of which is still being taxed based on an assessment from decades ago because it hasn’t changed hands since then. The store with the more recent assessment is paying nearly five times more on their property tax bill than the store with the older assessment. For owners who purchased their property recently, there would be very little change. But for properties that have remained under the same ownership for decades, such as Disney’s studios in Burbank, the increase in property tax payments could be huge.

Supporters of Prop 15 point out that businesses are usually in possession of their properties for much longer than most homeowners. So with Prop 13 in place, many businesses are enjoying significant tax breaks based on assessments from years and years ago. Removing these base value caps on businesses would generate an estimated $12 billion in revenue, which advocates say would go toward public services like schools and roads. Supporters also note that small businesses are shielded from property tax increases through the measure’s exemptions.

On the other hand, opponents of Prop 15 argue that the legislation would put increasing pressure on businesses, potentially hurting the state’s economy. Given that California is already an expensive place to do business, the protection of Prop 13 is one of the state’s few financial advantages. Losing Prop 13 might be the final straw for companies considering moving elsewhere. And small businesses might not be as exempt from the increases as supporters claim. Opponents of the measure point out that small businesses who rent their storefronts may face rent increases as their landlords pass on the burden of their property tax to tenants.

As of late September, support for California Prop 15 is leading in the polls, with 49% saying they would vote yes, 34% saying no, and 17% undecided. However, that group of undecided voters leaves a lot of room for the tides to change (for comparison, about 11% of voters are undecided in the general presidential election). While the “Yes on Prop 15” campaign has raised more money, no one knows exactly what to expect from the vote. Dan Schnur, a political communications professor from UC Berkeley and USC, says, “It will come down to what makes Californians more nervous: higher taxes or underfunded schools.”

Prop 15 was already on the table before the pandemic hit the US. Advocates argue that the additional revenue for public services is even more necessary now. But opponents fire back that small business owners are already struggling under the weight of COVID-19 lockdowns and restrictions, and a sudden property tax hike would dramatically increase the burden.

Because the reforms wouldn’t start going into effect until 2022, Prop 15 wouldn’t immediately impact business owners. However, since property tax rates tend to lag behind real-time market conditions, property owners will already feel the effects of the recession even after the market has started to recover. And if its critics are right, Prop 15 could worsen that post-recession burden for small businesses. The legislation includes some wiggle room to allow lawmakers to adjust the phase-in period (for example, if COVID-19’s impact continues to weigh on the economy). But this also makes the phase-in period a bit vague, leaving economists unsure of exactly how Prop 15 may affect businesses and property owners.

As the recession continues and the election draws closer, we will be keeping a close eye on the outcome of California’s Proposition 15 ballot initiative. To get the latest on this and many other property tax news items, sign up for our newsletter for monthly updates and recent blog posts delivered straight to your inbox!

Texas SB2 & the Property Tax Battle in Response to COVID-19